-Film Letter to the Future-

The number of filmmaking workshops and animation film screenings for elementary school students has gradually increased in Japan, but there has been little effort to encourage high school and college students to think about films they have watched. This issue and ways to approach it will be discussed. 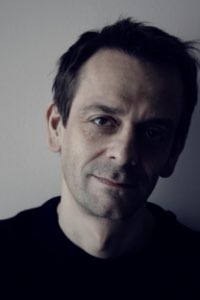 Christophe Postic
（Co-artistic Director, États généraux du film documentaire）
He has worked as an expert researcher for the Ministry of Foreign Affairs and as a lecturer at a programming workshop held at La Santé prison in Paris.Since 2002, he has been the artistic co-director of the États généraux du film documentaire, the Lussus International Documentary Film Festival. For 12 years, he has been a trainer of documentary scriptwriting workshops in Kazakhstan and Siberia. He is a member of the editorial team of the French documentary SVOD site Tënk in the selection of the films.

Artchil Khetagouri
（Festival Director of CinéDOC-Tbilisi International Documentary Film Festival）
Born and raised in Tbilisi, Georgia. Studied at the Film and Television Academy in Amsterdam. His graduation film Heritage (2003) premiered at the International Film Festival Rotterdam. In 2006, he returned to Georgia and released his documentary Akhmeteli 4, which was awarded the Prix Regards Neufs at Visions du Réel. His film Noosgera was screened at film festivals throughout Europe, including the International Documentary Film Festival Amsterdam (IDFA). Apart from being a documentary filmmaker, he holds film production workshops in places such as Aarhus, Amsterdam and Tbilisi. 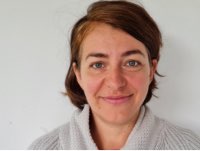 Ileana Stanculescu
（Festival Coordinator of CinéDOC-Tbilisi International Documentary Film Festival）
Born and raised in Bucharest, Romania. Studied at the film academy in Potsdam-Babelsberg, Germany. Her first feature documentary: Podul pesteTisa won the Award for Best First Appearance Award at the International Documentary Festival Amsterdam in 2004. Later on she has produced two documentaries: Akhmeteli 4 and Satul sosetelor, which she also directed. Satul sosetelor was nominated for the VPRO Joris Ivens Award in Amsterdam (IDFA) and won the British Council Award for Best Romanian Documentary. She coordinates international documentary workshops, engages in a variety of film-related activities in the South Caucasus, and is a judge at European film festivals such as IDFA and MakeDox. 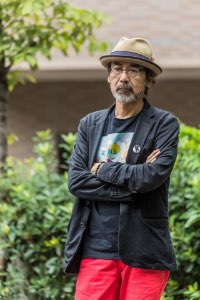 Date
October 10th (Sun) 20:00 - 22:00
Languages
English, Japanese, French
*Simultaneous interpreting available
How to Watch
Available for free viewing as a Zoom Webinar from around the world
*Registration required. Click the link.
*Capacity is 500.

Filmmakers who take on through their continued work the myriad impact of the 3.11 disaster on the people’s individual lives, and also on what effect time has had. Hear about what it is like for a filmmaker to interact with a subject for an extended period of time through the medium of film.

Date
October 11th (Mon) 20: 00–21: 30
Languages
Japanese, English
*English-Japanese simultaneous interpretation available
How to watch
Available for free viewing as a Zoom Webinar from around the world

A joint-project with Taiwan Film and Audiovisual Institute (TFAI) which kicks off during YIDFF 2021 (Oct. 2021) and closes with the filmmaker residency program Yamagata Documentary Dojo 4 (Feb. 2022). It will feature monthly sessions of documentaries and discussions online. Together with programming partners from Taiwan International Documentary Festival (TIDF), the project will investigate the meaning of mobility and sharing space in society, as these strange times push us to socially distance and isolate from each other.

Two Taiwanese films in New Asian Currents have chosen very different film styles to depict the plight of Vietnamese migrant workers made invisible in Taiwan society and how voices are raised. From the Perspectives Japan program, Transform! is about a wheelchair user (the director) who discovers self-expression and a new form of communication through his body in the course of filmmaking. An online discussion with the filmmakers through interpreters will explore how important it is to be allowed to feel present as a participant of wider society and how simple recognition can be denied.

Date
Oct. 11th (Mon) 11:00-12:30
Languages
Japanese, Chinese
*Japanese-Chinese simultaneous interpretation
*No English interpretation
How to Watch
Available for free viewing as a Zoom Webinar from around the world
*Registration required. Click the link.
*Capacity is 500.

We use cookies on our website to give you the most relevant experience by remembering your preferences and repeat visits. By clicking “Accept All”, you consent to the use of ALL the cookies. However, you may visit "Cookie Settings" to provide a controlled consent.

This website uses cookies to improve your experience while you navigate through the website. Out of these, the cookies that are categorized as necessary are stored on your browser as they are essential for the working of basic functionalities of the website. We also use third-party cookies that help us analyze and understand how you use this website. These cookies will be stored in your browser only with your consent. You also have the option to opt-out of these cookies. But opting out of some of these cookies may affect your browsing experience.
Necessary 常に有効
Necessary cookies are absolutely essential for the website to function properly. These cookies ensure basic functionalities and security features of the website, anonymously.
Functional
Functional cookies help to perform certain functionalities like sharing the content of the website on social media platforms, collect feedbacks, and other third-party features.
Performance
Performance cookies are used to understand and analyze the key performance indexes of the website which helps in delivering a better user experience for the visitors.
Analytics
Analytical cookies are used to understand how visitors interact with the website. These cookies help provide information on metrics the number of visitors, bounce rate, traffic source, etc.
Advertisement
Advertisement cookies are used to provide visitors with relevant ads and marketing campaigns. These cookies track visitors across websites and collect information to provide customized ads.
Others
Other uncategorized cookies are those that are being analyzed and have not been classified into a category as yet.
SAVE & ACCEPT